A well-known liberal lecturer began lecturing. However, he did not go directly into his subject matter. Instead, he talked about the phenomenon of Muslims who he thought was “Grumpy”.

“Some are protesting adzan, angry. Someone burned the Qur’an, got angry.  Someone’s been harassing Al Maidah’s letter, angry. In fact, according to him, all that was burned was paper. While the Qur’an is actually in lauhul mahfudz. It can’t be burned, it can’t be abused.”

“I am really surprised by the Muslims. Too much, in my opinion. Just because someone stepped on the Mushaf of the Qur’an, they were angry and thousands of people held demonstrations everywhere.

It’s just paper. Just a media place to write the Qur’an.  “The Qur’an was originally in the mahfuzh lauhul,” the lecturer said. I think the students should be educated about this.”

The lecture hall was quiet for a while. Some students seem to agree with the lecturer’s thoughts.  Until then there was a bright and famously quiet student pointing his hand.

“Indeed the Qur’an, the fact is in the lauhul mahfuzh,” he said while walking close to the lecturer.

The other student’s face was tense. They’re worried there’s going to be

an unexpected incident between a student known as a da’wah activist and his liberal-thinking lecturer.

“This paper is good sir,” said the student while taking a paper written by the lecturer on the table.

The faces of students who were once tense are now back to normal. But it was only a moment because, after that, the student threw the lecturer’s paper to the floor and then stepped on it. Not only stepped on, but he also spit on the paper and then he trampled again. So the paper became dirty and damaged. Nearby, the lecturer glared. His face was red. His palms held tightly.

Then the student explained and said:

I just stepped on the paper,

I just spit on paper!!

I’m not stepping on your head. I think you should be educated about this” said the student in explaining in front of the students.

Hearing that argument, the lecturer could not say anything else. It’s like getting a deadly counterattack. With embarrassment, he immediately packed his books and he left the lecture hall with his red face extinguished.

What is the wisdom of this story!

We need to say that sometimes, liberal thinking in a person does not blind his views to see the truth from two sides. the keyword is “open mind” “inclusive” in understanding things. It is possible that we do not like a custom, a habit, a ritual of religion, but it is the beliefs, faiths, and cultures of others.

Please share to counteract the understanding of liberalism that has no sense of tolerance.. !! 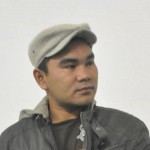 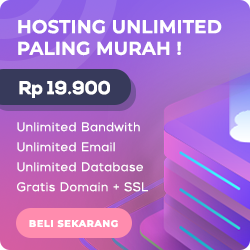